Along with our regular reviews from this month onwards we are also going to recommend in advance our top shows to see in Sheffield during the month ahead. So here goes, in date order, with October: 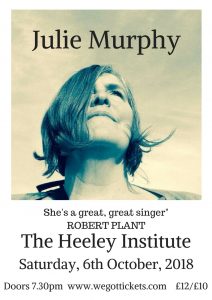 If we weren’t at a musical festival this weekend we would be in the audience for this rare gig by an artist described as the artist’s artist and loved by the likes of Robert Plant and the late John Peel. Catch her for this before she returns to her quiet life in Northern Wales. Tickets are £13.20 full price and £11 concessions including booking fee. For further information and to book visit www.wegotickets.com. 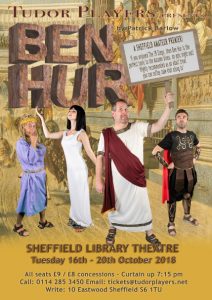 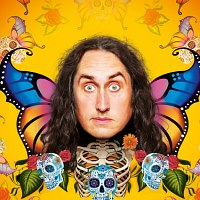 I was devastated to be offered a spare ticket for this comedy legend and already be double booked. One of the funniest guys on the planet who makes every television programme he appears on 10 times more surreally and side-splittingly worth watching, every comedy fan should do their best to be in the audience for this show. And if you truly want to prove your worth remember to take Ross a present. Tickets are £28 including booking fee. For further information and to book visit https://sheffieldcityhall.sivtickets.com. 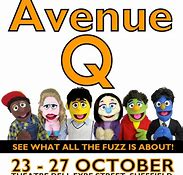 If we could only watch one comedy musical for the rest of our lives this would probably be it. Yes it’s an adult musical with puppets, but it also combines great songs, a great story and laugh out loud comedy, and it will not be long to you bond with the characters and forget they have humans attached. Whether you have not yet met the residents of Avenue Q or long to be reunited with them this show is a must. Tickets are only £15. For further information and to book visit www.southeymusicaltheatrecompany.co.uk.

25 years on from the cinematic release of Men in Tights what better way to celebrate than with this comic re-telling of the story of everyone’s, apart from the Sheriff of Nottingham, favourite outlaw performed by the winner by the winner of our best play (university company) and best new play SUTCO. Tickets are £5 and £6 in advance and £7 on the door. For further information and to book visit www.sutco.org.