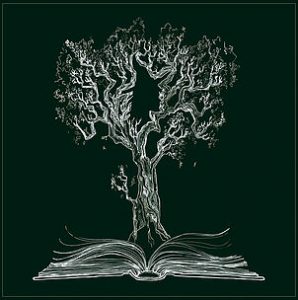 ***** There is nothing better to distract you from the grim February weather than an evening of Grimm Tales so I was delighted to be in the audience for the opening night of Sheffield University Theatre Company’s (SUTCo) latest production.

Grimm Tales consists of a series of seven unrelated stories adapted from the Brothers Grimm by Carol Ann Duffy. The performance is made up of a troupe of seven storytellers living in the forest, exploring the fantastical world of seven classic fairy tales using the resources they have around then to bring them to life. The storytellers act as an ensemble, each acting as various roles and narrators throughout the show.

With the live band playing in the foyer before the doors opened, cabaret seating in the stalls, the woodland style set and the cast members already interacting with each other and the audience as they took their seats, we were transported into the world of the show and knew we were in for a unique evening before the show had even began.

All of the cast (Jack Hewitt, Tom Brindley, Eleanor Wright, Helen Coyle, Charlotte Schofield, Caitlin Hawkins and Lorna Dale) provided outstanding performances throughout, perfecting a range of characters from narrators to doorbells and everything in between, with passion, emotion, attitude, gleeful fun, comedy and campiness, via contemporary (and not so contemporary) dance, slapstick, animal and sausage impressions and gentle audience interaction (those sitting in the cabaret seats, you are warned). All of the entire cast displayed great stage presence and I can see theatrical careers ahead for all involved.

The cast are superbly supported by the live folk-style band, with not only one band member stepping in at one point to play one of three sisters, but whose wide range of beautiful musical snippets (varying from the wedding march to the Benny Hill theme tune) provided the perfect atmospheric musical accompaniment to the production; whilst the script by Carol Ann Duffy combined the wonderful traditional text of the original fairy tales with contemporary and original references.

In terms of the crew, as well as Ellie Pickersgill for the show’s clever and beautiful direction, I must also especially mention set designer Tom Robbins and his team for the beautifully, versatile, multi-layered forest setting, including a tree, fairy lights and even a goose; Nick Young for the fun effects; Ed Daniel and Simon Alford’s for the show’s beautiful lighting; and Heather Elkins and Katy Leigh for the cast’s autumnal coloured folk outfits that beautifully complimented both the show and the set. I must also thank the provider of the coconut, which acted as a sweet reminder of the innocent times many of us had as children banging two halves of a coconut together to make horsey noises.

In a show that in it’s entirety was a theatrical highlight, my favourite of the seven stories was the darker alternative to Cinderella (though as a size 10 shoe I will never cut part of my feet off to fit the golden slipper). If you are sitting in the stalls you will also get the opportunity to submit your guesses for the riddle that ends the first act, though be warned if your guess is x-rated it will not be read out and the real answer, even if it’s guessed correctly, will not be revealed to the entire audience and may remain a mystery to them forever.

Grimm Tales is on at Sheffield University Drama Studio at 7.30pm (doors open at 7pm) until Saturday 24 February. Tickets are £7 on the door and £6 in advance. To book in advance visit www.sutco.org/tickets.

GRIMM TALES TRAILERScripted by Isobel DraneFilm, photography and visual effects by Kieran Lowley Soundtrack by Emily Compton Sound design by Aaron LevyGrimm Tales Adapted by Carol Ann Duffy and Dramatized by Tim Supple, with original composition by Emily Compton.Set in a fantastical forest, a troupe of 7 storytellers come together to explore the immersive fairytale world of the Grimm Tales. Acting as an ensemble to create magic out of the things around them and bring the stories to life before your eyes. ‘’Once upon a time…’’Wednesday 21st – Saturday 24th February 2018University of Sheffield Drama Studio, Glossop RoadDoors open 7.00pm Curtain at 7.30pm £5 Wednesday£7 (£6 adv.) Thursday – Saturday Tickets available from sutco.org/tickets (NO LONGER AVAILABLE FROM STUDENTS' UNION BOX OFFICE).