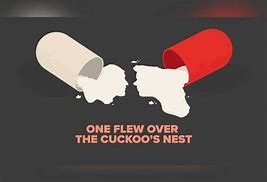 One Flew Over The Cuckoo’s Nest – 11 June 2018, Crucible Theatre, Sheffield

***** I had managed to double book myself for this evening, but when you are offered a theatre ticket to the hottest new production in Sheffield I couldn’t say no, which is how I found myself in the audience for the final preview show of One Flew Over The Cuckoo’s Nest on the iconic Crucible Theatre stage.

Written by Dale Wasserman and adapted from Ken Kesey’s classic novel that inspired the cult film, this new production is directed by award-winning director Javaad Alipoor, who making great use of the iconic crucible stage, superbly brought to life the cult novel, whilst making the production his own and confirming it’s continued relevance for a 21st century audience.

Determined to avoid a term in jail, the production follows small time criminal McMurphy, as he opts to spend his sentence in a psychiatric ward. As the reality of his incarceration dawns, he comes up against the authoritarian Nurse Ratched, who is not about to give up her regime of discipline and order without a fight. Rebellion and conformity clash, and McMurphy and his fellow inmates learn what happens to the individual when the institution takes control.

One Flew Over The Cuckoo’s Nest is a shockingly dark and emotional, phenomenal production that combines incredible performances from all of the cast, especially the patients who wonderfully captured their individual personalities and conditions, with a set, lighting and costumes that perfectly captures both the 1960s period and the psychiatric ward institution environment, right down to the buzzing noise of the fluorescent lighting. The minimal set combined with the enclosed offices at the back of the stage maintained the feeling of institutionalisation, the feeling that big brother is always watching and that there is no where to hid, both as patients, and if you keep an eye on the top office, as staff, from prying eyes.

Whilst Joel Gillman as Randle P McMurphy beautifully captured the attitude, charm, comedy and essence of Jack Nicholson’s role in the film, he was also not afraid to make the character less likeable in the process of making the character his own; the stand-out performance for me came from Jeremy Proulx as Chief Bromden, who wonderfully brought the gentle giant of a character to life, whilst being a natural storyteller, exceptionally capturing the essence of the native American and his deep, deep passion and growing strength.

Performed by Jenny Livsey at short notice, my opinion of Nurse Ratched at first followed that of the film, believing that she is misunderstood, and that although on stage darker and stricter than her onscreen counterpart, isat her heart desiring to maintain authority and order in a world at risk of disorder and change, rather than the classic baddie she is considered, however by her last unspoken moments in the production her stunning performance led me to truly dislike her. However, until that point in the performance I truly considered Harry Egan and Mohammed Mansaray as Aide Warren and Aide Williams to be the true bullies of the tale, perfectly capturing the institutionalised abuse that is sadly still in existence today.

Other cast members who deserve a special mention include Jack Tarlton as Harding, whose look and performance seemed to incredibly combine all of the best aspects of actor Paul McCrane’s career; Arthur Hughes as Billy Bibbit who deserves an award for best on stage stutter and for best portraying his character’s condition; and Clive Hayward as Dr Spivey who reminded me of an American Tristan Farnon like character, who at least tries to do the best for his patients whilst, for the observant, having work interests elsewhere.

As with the film, one of the most shocking moments for me in the production is when you share in McMurphy’s discovery that many of the patients are in the institution voluntarily, with McMurphy’s initial physical and verbal reaction to the news reflecting my own inner thoughts and shocks; and whilst the film chooses to keep the electric shock treatment off screen, the horror of witnessing the treatment on stage will rightfully and harrowingly stay with the audience for a very long time to come. And for those looking for the film’s memorable ending, be prepared not to be disappointed by the production’s finale but also to arrive at it from far darker levels.

This unmissable production brought to life the setting, story and reality of the situation to life in a way that only the stage can and should not be missed by anyone who is a fan of the cult film, cult novel or with an interest in social history.

Please note that the play contains strong language, violence and scenes of a sexual nature, whilst exploring the medical treatment of mental health. Sheffield Theatres encourages people to contact their box office if they have any concerns about the content of the play.

One Flew Over The Cuckoo’s Nest is on at the Crucible Theatre, Sheffield until Saturday 23 June. For further information and to book visit www.sheffieldtheatres.co.uk/whats-on/one-flew-over-the-cuckoos-nest.